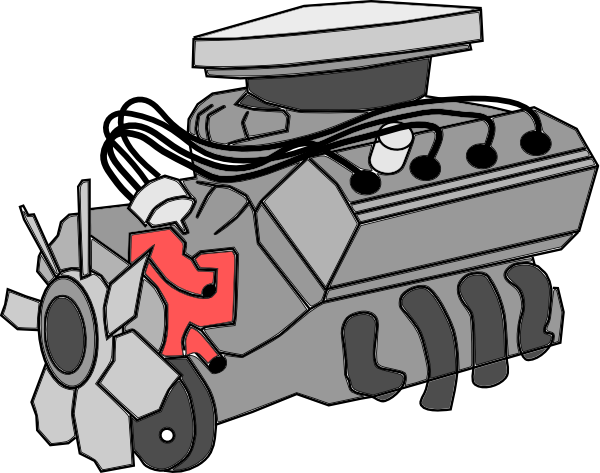 MGB engines were produced in five basic variations for the US market. The English home market MGBs were also fitted with five basic variations which generally changed at the same time as American market engines. The major difference between English and American market engines relates to the post-1968 Federal engines that were fitted with increasing amounts of pollution control equipment.

The original MGB engine incorporated only three main bearings and was fitted to 1963 and ’64 model year cars. These engines utilized a mechanical drive for the tachometer which was fitted to the back of the camshaft. The rear crankshaft oil seal was of the oil slinger variety and was prone to excessive leakage after high mileage. The only cure for this problem is to line-bore the bearing saddle to restore the proper dimensions of the oil sealing surface. The early 18G and GA pilot shaft bushing is considerably smaller than late MGB bushings. These engines cannot be mated to post-’65 gearboxes. However, later five-main 18 GB engines can be fitted to these early cars by fitting a custom-made steel bushing in the crankshaft, sized to accept the early bronze pilot bushing. The 1963-’64 18 G and GA engines produce 95 horse power and were favored by performance-minded enthusiasts for many years, due to their somewhat more free revving ability, compared to the five main engines. The three main bearing cranks were not overly prone to cracking, as is evidenced by the fact that a fair number of the first 48,000 MGBs still survive with their original engines.

The 18GB engines as fitted to all MGBs for the 1965-’67 model years were the first of the five-main engines. Improvements for these engines included modern rear oil seals and fitting a P.C.V. valve to the intake manifold (which was only a minor concession to the environment and didn’t affect engine performance). 18GB engines will bolt into all chrome bumpered MGBs using the previously mentioned pilot shaft bush, when mating to an early gearbox intended for a three main engine, and using the 5-main flywheel. These engines were not fitted with pollution equipment for either the US or English market.

The third major variant was fitted from 1968 -’71. The US versions were referred to as 18GF, 18GH, 18GJ, 18GK types, while the English market versions during this period were known as 18GD or 18GG types. All of these types incorporated minor refinements of the original 18GB five main engines. Once again the English versions were non-pollution equipped and continued to produce approximately 95 H.P. American market 18 GF engines produced a respectable 92 H.P., the 3 H.P. loss being attributed to the energy required to drive the air pump fitted since 1968. From 1969 all American market engines were fitted with 8,0:1 pistons which further lowered power output but reduced nitrous oxide levels. The lower compression ratio pistons had a further advantage of being able to better cope with the more readily available low octane gasoline, without problems of detonation or running-on. Cam shaft profiles through 1972 remained unchanged from earlier specifications.

To summarize engine interchangeability, all five-main bearing engines made to US or English specifications originally intended for chrome-bumpered MGBs will fit any other chrome-bumpered MGB. The only exception is fitting a five main bearing engine to a 1963 or 1964 B roadster, In this case the special pilot shaft bush would be required, as well as a ’65 -’67 flywheel assembly and any 5-main rear engine bearer plate.

The fourth main engine type was the 18 V variant which was introduced at the start of the 1972 model year. This engine incorporated a great many detail modifications that affected well over half of all engine components. Most of these changes had little effect on performance or reliability. HIF, instead of HS carbs, were fitted to American market 18V engines. Single row timing chains and sprockets, which are slightly more prone to wear, replaced the earlier double row set-up. The earlier timing chain components can be fitted to all later engines. The biggest drawback to performance was fitting the milder cam for the US market engines. This gave 1973 -’74 American spec. engines approximately 78 horsepower. The earlier cams can, of course, be fitted to the 18V engines.

The last major engine variant was introduced in two stages. The first stage was at the beginning of the 1974 1/2 model year (which marked the introduction of the rubber bumpers). The front engine mounts and related bearer components changed, as mentioned earlier, and power output remained at 78 horsepower for American market cars (95 horsepower for English market cars). The final phase took part at the start of the 1975 model year when American market engines were fitted with a single Zenith Stromberg carb and, for California at least, catalytic converters. These changes produced a respectable decrease in pollutants but the down side was a significant reduction in horsepower as well.

By 1975, MG’s publicity department was understandably reluctant to advertise horsepower figures, but 62 H.P. seems to be the most reliable figure available for the 1975’76 US spec. engines! Power output did go up by 2 – 3 H.P. when electric fans were introduced in 1977 . On the positive side, these engines run well on low octane fuels and the bottom ends have proven to be extremely long?wearing, due to the low stress factors involved. Transplant options between years of American or UK specification engines are certainly numerous.

Do keep in mind that most states have enforced laws relating to pollution levels. It is always wise to check local regulations prior to starting any serious engine modifications or engine swaps. Also, retain those original components should re-installation be required at a later date. When your MGB needs an engine overhaul, or a fresh shot of power to put the ‘sports’ back in ‘sports car’, give us a call. We may have an inexpensive solution to your problem!